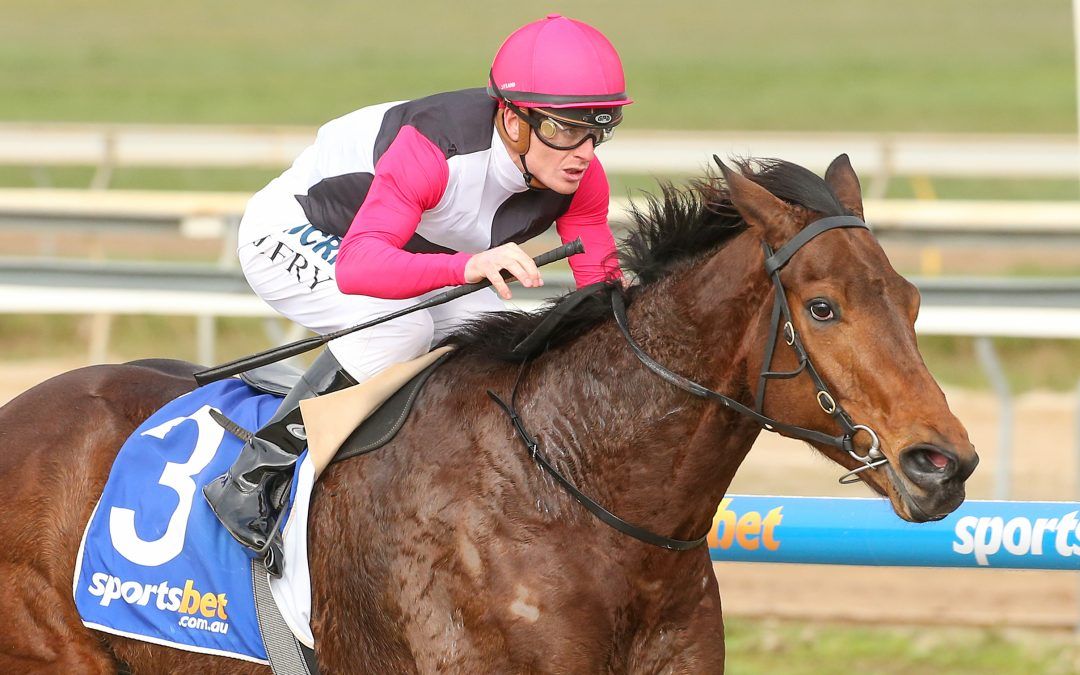 IT was a case of second time lucky for Strategic Maneuver gelding Military Striker, who after being scratched at the barriers at Ballarat just three weeks earlier, returned to the scene of the crime to fly around the 1200 metre circuit on his way to a 3½ length all the way victory.

Clocking the course record time of 1.12.12, Jarrod Fry made his intentions clear from a middle draw to lead and would only continue to increase his margin for a soft victory. The five-year-old was sent out a $6 chance and gave his backers little cause for concern, loading well this time into the barriers and living up to some impressive recent trials on the Ballarat Synthetic surface.

“He’s a relaxed horse, jumped and found the front and his ears were pricked and he had a pretty soft time of it and you could see a long way from home he was going to be there abouts,” foreman Reece Goodwin explained post-race.

Jarrod Fry who had ridden the horse in his trials said he was pleased to see him live up to those efforts on raceday.

Military Striker arrived at Mangalore Park in the early part of 2019 as a six start maiden in Queensland with just one placing to his name. Picked up for an astute $2,900 on Gavelhouse online auctions, his only two runs prior to Tuesday’s victory were a third at Benalla and second placing at Echuca.

In just three starts for the stable Military Striker has banked $20,790 and is one of many horses who have been able to get back racing to their true potential from the rural surrounds of Mangalore Park.

The stable indicated they would be back at Ballarat Synthetic with Military Striker chasing more success this winter with Mister Hay Zee closely behind who was an encouraging second on the surface also recently.

The first race at @BallTurfClub is dominated by Military Striker who was right up on the speed and pulled away to win impressively for @RJGoodwin123. https://t.co/IhLUQVEmMV pic.twitter.com/rvQ4XSModq