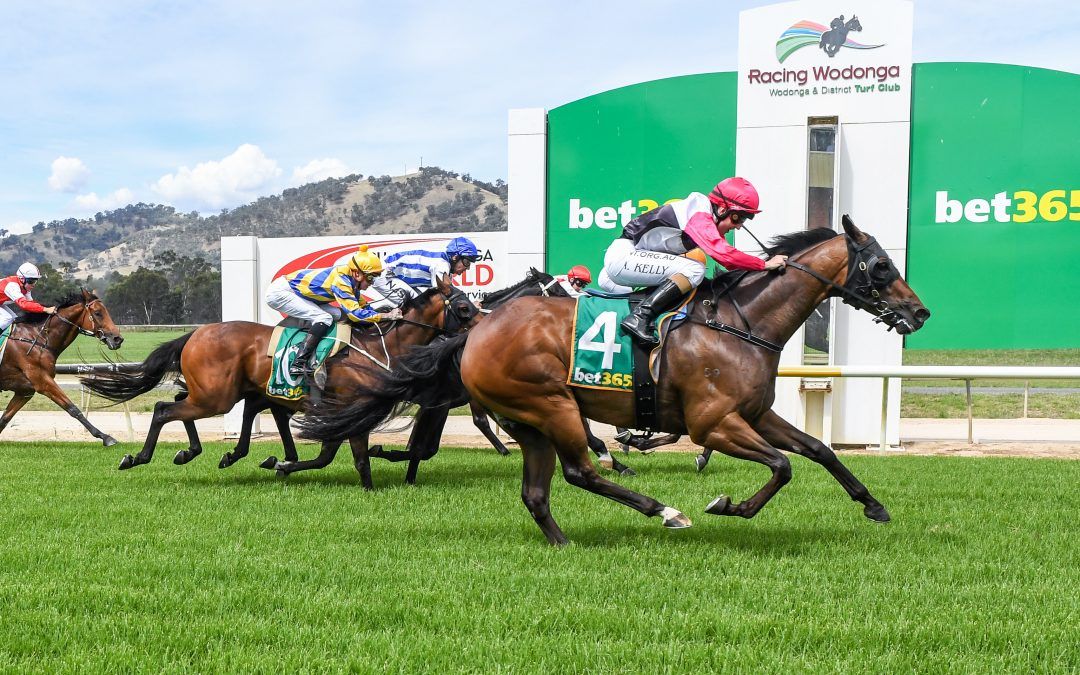 POPULAR for his name alone, Roddandtodd gained a few extra fans on Monday, when scoring for his new owners for the first time at Wodonga when surging late over the 1100 metres for a last-stride victory.

From the dam Flying Flanders, “Ned” as he is known around the stables, was dealt an outside barrier draw but let down well after a patient ride out wide on the track to score for the first time in over 650 days.

“I was really impressed with that win since he went against the pattern for the day,” rider Alana Kelly explained.

“Credit to the Goodwin team they have him in a really good head space… the change of scenery has really helped him.”

Kelly who has ridden the six-year-old in three of his four outings since joining the stable, had also partnered Roddandtodd on four occasions for his previous trainer. The win was the apprentices first for the Goodwin Racing team.

Roddandtodd had placed in two of his three starts since connections acquired the city winning son of Charge Forward in November last year.

“He come to us in good nick, we have just had to tweak a few things and he has been running consistently,” foreman Reece Goodwin commented.

“We weren’t sure if we were going to run from the wide draw considering he drew the outside last start and didn’t have much luck but Alana worked it out well there.”

Roddandtodd joins a growing list of tried horses the stable has been able to rejuvenated from their Mangalore Park facility and into the winner’s circle in recent months.

The win capped a good day out for Goodwin Racing team with Tavistock filly Entitled Princess closing strongly on debut to finish third while Mister Hay Zee went down by a nose.

Reece Goodwin knew Roddandtodd would be in good hands with Alana Kelly. pic.twitter.com/hMm0SRb30R