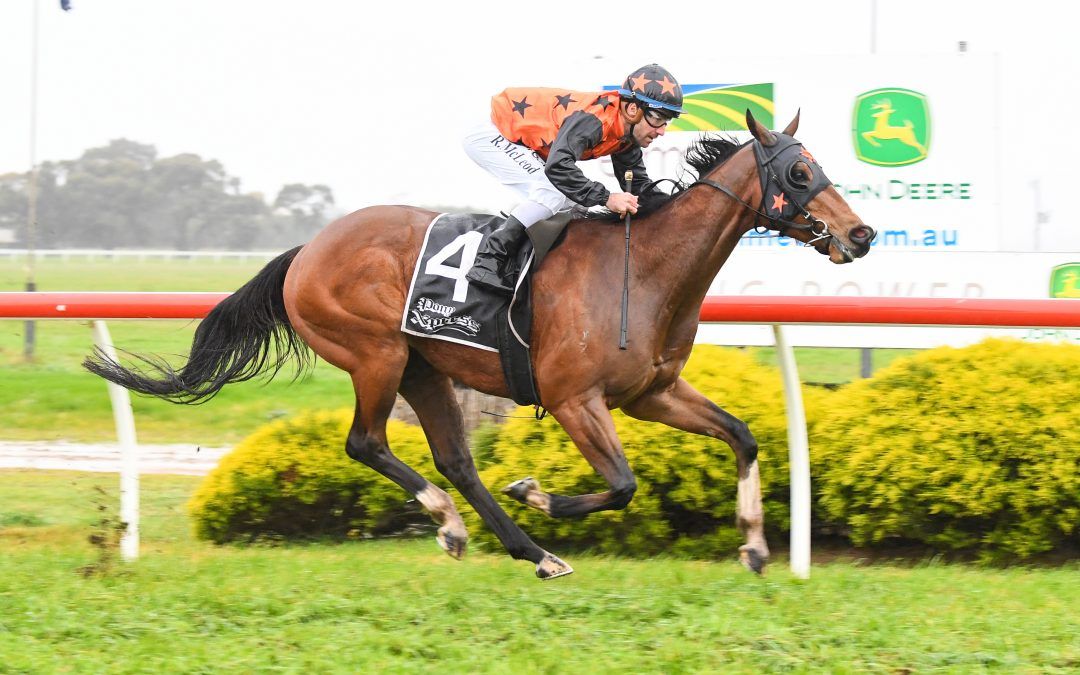 SEVEN days later and back to the scene of the crime, Destiny’s Republic has continued his winning run and made it back-to-back wins at Warracknabeal.

The son of Reward for Effort’s winning streak extended to a hat trick after Rhys McLeod rated the three-year-old to his second all-the-way win in the space of a week.

Destiny’s Republic is unbeaten in his two starts since arriving at Mangalore Park this campaign and stretched out to 1200 metres on Sunday, once again relishing wet conditions.

The gelding is bred and part-owned by Destiny Thoroughbreds who have raced several of Palace De Lago’s progeny to success.

Sent out a $9 chance after rising to Benchmark 64 level, Destiny’s Republic crossed rivals comfortably and never looked like getting headed – scoring again by the same 1¼ length margin from seven days earlier.

Destiny’s Republic is the second newcomer the Goodwin Racing team have notched back-to-back wins with in recent months, doing the same with Fioroso in June.

As the 2020/21 racing season draws to a close, Sunday’s win took the teams total to 14 winners while a further 19 runners filled the placings. Thanks to all our owners for their ongoing support this season.

Rinse & repeat for DESTINY’S REPUBLIC at Warracknabeal, a winner there 7 days ago & now makes in three in a row, big effort 🎯
Well done to all his connections 👏🏻 pic.twitter.com/Mc6JSmLGEB