Rave races away for breakthrough win 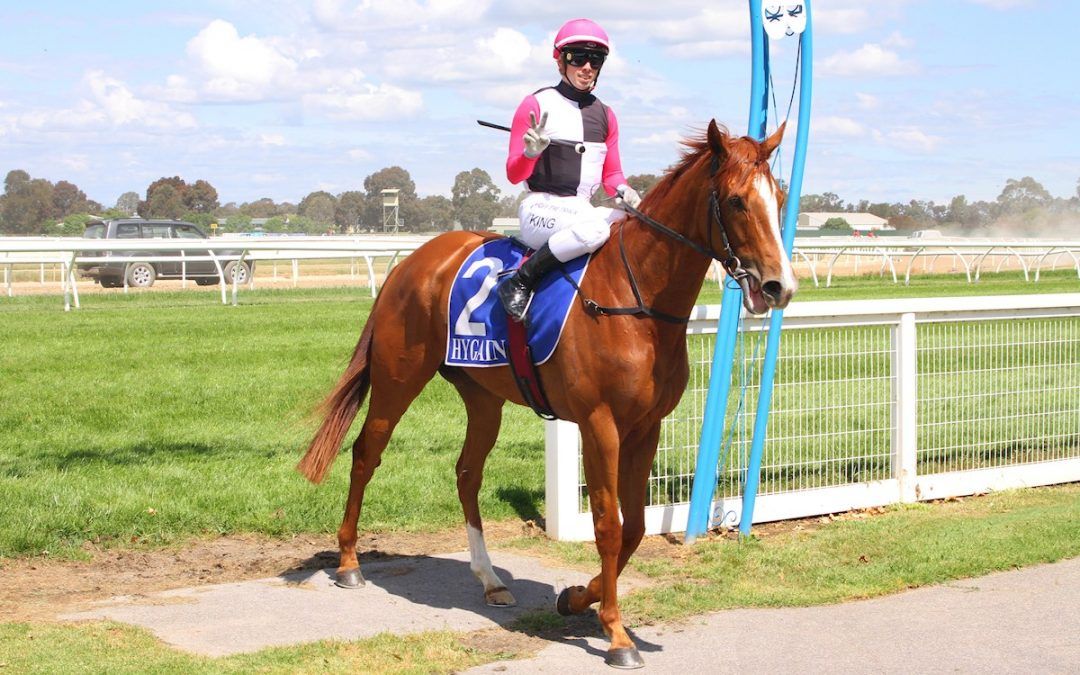 Regal Rave gave his connections something to cheer about on Oaks Day when the son of Pentire broke his maiden status at Wangaratta on Thursday.

Having finished in the top five placings in seven of his eleven starts, a maiden win was well deserved for the Karaka yearling purchase who justified his quote as short priced favourite to score by 1.75 lengths.

Ridden by Lachie King, the four-year-old settled at the back of the field and made a wide surging run to comfortable account for his six rivals over 1300 metres.

It was a welcomed victory after the Goodwin Racing team registered four second placings in the month of October.

Regal Rave (@KarakaChat purchase) breaks through @Wangarattatc with @LachieJamesKing on top. Well done to his patient owners & all the team back home 🍾 pic.twitter.com/NJoow2U6H4