Molly makes her mark at Healesville 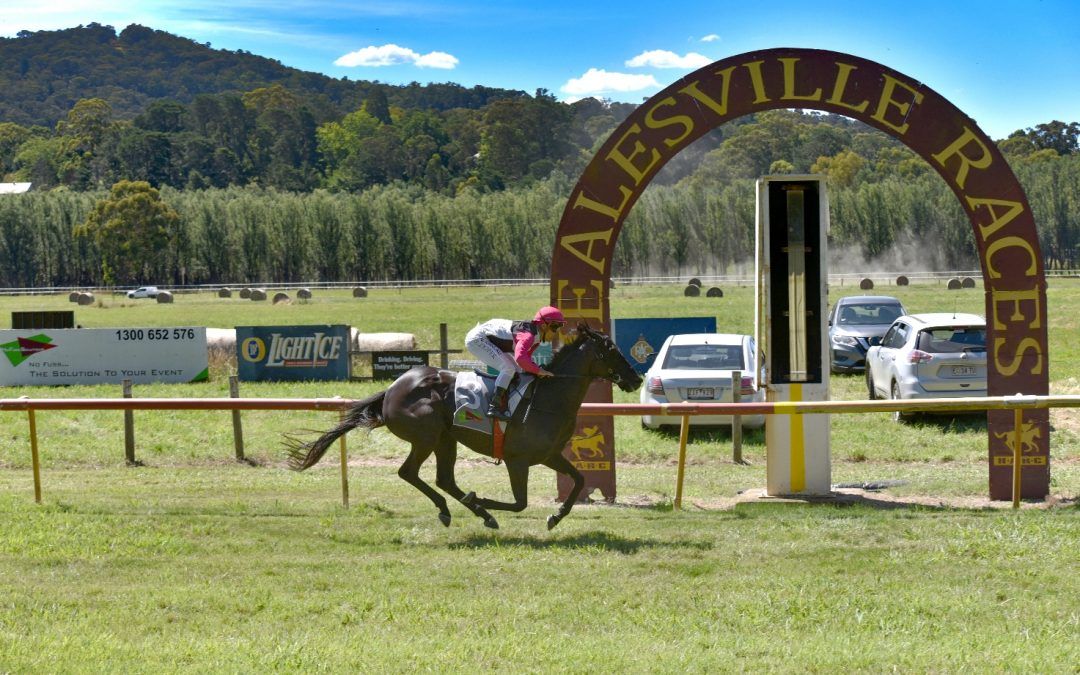 MOLLY Dook opened her account for the 2020/21 Picnic Season on Saturday when the five-year-old mare ran away with a 4¾ length victory over her rivals at Healesville.

Rising to the 1650 metres and jumping a $1.40 race favourite, Molly Dook gave onlookers little cause for concern when jumping from Barrier 1 and working her way outside the leader past the post on the first occasion.

Shaun Cooper would put the issue beyond doubt at the top of the home straight and in doing so pilot the second of his three winners on the Cup Day program.

The run was Molly Dook’s second on the Picnic circuit this season and now boasts a record of four wins and six placings from ten starts across her career.

The daughter of Ambidexter will now be aimed at the popular Balnarring Cup feature on Australia Day and continues to give her connections plenty of thrills.