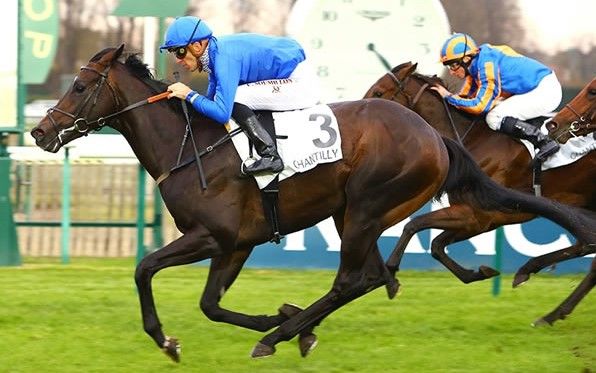 IN a coup for Australian breeders, and in particular the Victorian market, Aquis will stand Invincible Spirit’s unbeaten, Gr.1-winning 2YO Royal Meeting (IRE) at Aquis Seymour this season.

Impressing on his racetrack debut in the United Kingdom, Royal Meeting was immediately sent to France at just his second appearance to contest the Gr.1 Criterium International (1400m), where he quickened with ease to defeat the Aidan O’Brien-trained Galileo filly Hermosa, who would later go on to highlight her ability and record successes in the Gr.1 One Thousand Guineas and Gr.1 Irish One Thousand Guineas.

Rising significantly in class from his debut victory, world-class jockey Christophe Soumillion was suitably impressed by the win. “Royal Meeting is a very well-balanced horse and I was always confident of winning in the straight,” stated Soumillion post-race.

Winning in the quickest time achieved since 2015 when the race was shortened to 1400m, Royal Meeting’s performance saw him given an exceptional Timeform Rating, comparative with many leading Gr.1-winning juveniles.

By a sire-line that needs no introduction to Australian breeders, the presence of Invincible Spirit’s sons not only locally, but within the global breeding market has grown significantly in recent years due to their outstanding success, with his sons producing 145 stakes winners highlight by 15 individual Gr.1 winners, nine of which were achieved in Australia.

“By the same sire as one of the hottest stallions in the country, a sire-line that is proving extremely popular and successful globally, Aquis is fortunate to be able to stand Royal Meeting with a select group of high profile partners, who will give him significant support.”

“Being physically similar to I Am Invincible, plus having the added attribute of being a Gr.1-winning unbeaten 2YO with a fabulous pedigree, Royal Meeting ticks all the boxes that Aquis look for when selecting a stallion.”

As the only Gr.1-winning, unbeaten 2YO son of Sire of Sires Invincible Spirit, Royal Meeting is out of South Africa’s Champion 2YO Filly Rock Opera, herself an unbeaten Gr.1-winning juvenile, achieving victory four times at two highlighted by success in the Grade 1 Allan Robertson Fillies Championship (1200m).

From a prolific Gr.1 family, Rock Opera is the dam of Exceed And Excel’s multiple stakes-winner and 15-time winner Heavy Metal from the family of Gr.1-winning 2YO Van Halen and the Gr.1-winning sprinter Gulf Storm.

“No matter what way you look at it, Royal Meeting is the epitome of Gr.1 class, giving breeders the opportunity to access an outstanding Gr.1-winning stallion, with a Gr.1 race record from an active Gr.1 pedigree.”