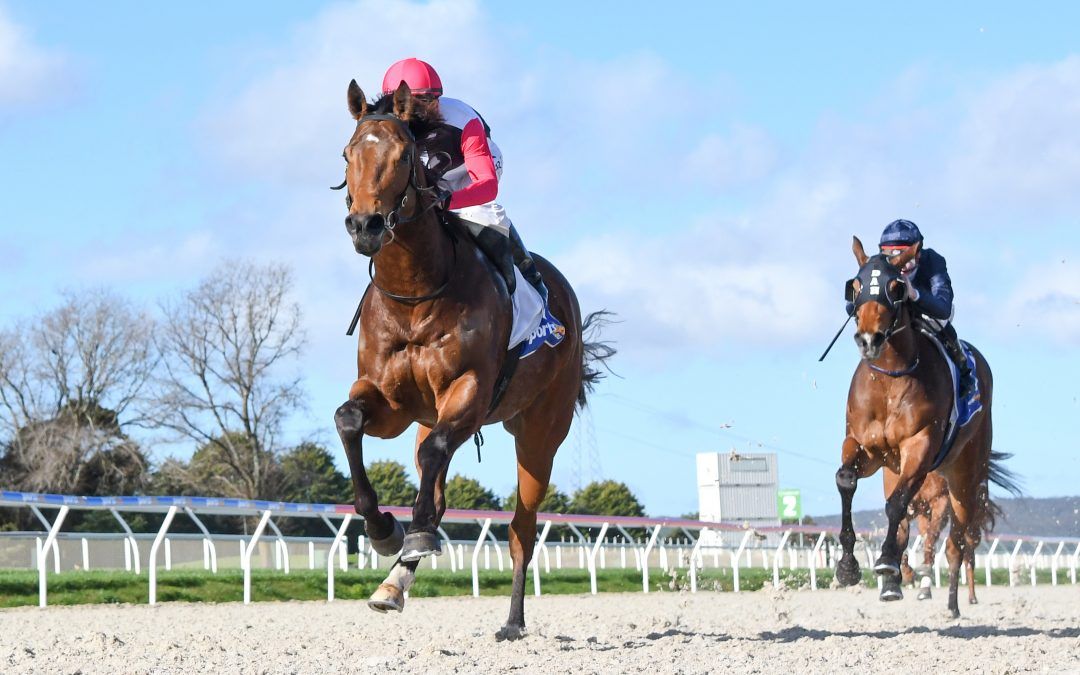 THE black, white and pink silks of Mangalore Park Racing have made Ballarat’s new synthetic surface their own in the past week after Mister Hay Zee made it two wins in the space of six days.

Finishing an eye-catching second from the tail end of the field first-up from a spell, at start seven the four-year-old broke out of maiden company with a comfortable 1½ length triumph.

Partnered by Jarrod Fry, Mister Hay Zee sat behind his fellow fancied chances and was keen in stages but handled his eight rivals with content, appearing to have the race in his keeping 350 metres from home and in doing so defeated well bred horses from the Maher and Eustace and Lindsay Park stables.

Stable foreman Reece Goodwin was delighted with the performance.

“I thought that was a fairly convincing win, he did a few things wrong but he strode up to them and put them away – I think we’ve got a nice horse”

Goodwin wasn’t the only one delighted with the victory, his big group of owners led by his breeder Stephen Hinchliffe were also thrilled with the performance of the Mangalore Park homebred.

Mister Hay Zee is by dual Group 1 winner Toorak Toff and hails from a Danzero mare trained by David Hayes, which is how the gelding got his name.

The future looks bright for Mister Hay Zee who has won or placed in five of his six starts. The victory follows up that of the impressive win from Military Striker who both look to have profitable seasons on the synthetic surface ahead.

The stable is reaping the rewards from trialling their horses on the circuit and have now had six runners at the new track for two winners and the same number of placings.

Mister Hay Zee travelled like an absolute professional, scoring as comfortably as you like at @BallTurfClub. https://t.co/QQFd1qTsgA pic.twitter.com/GajRJwJ1K0