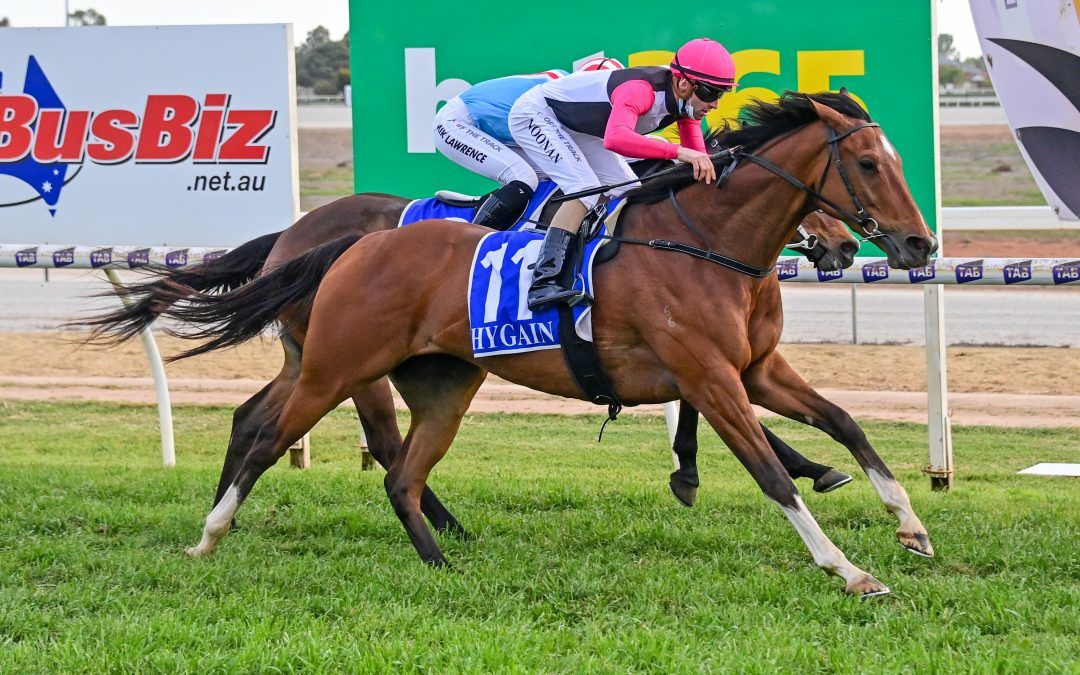 A 600-kilometre road trip to Swan Hill has delivered a red-letter day on Monday for the Goodwin Racing stable, who travelled home to Seymour with a pair of winners after Khan’s Treasure and Numero Quatre saluted in the Mallee.

Both runners attracted strong market support and it was Mongolian Khan filly Khan’s Treasure in her first attempt at 1600 metres, that relished the extra distance and started the day on a winning note.

A Karaka yearling purchase in New Zealand, the three-year-old was given a perfect steer from Zac Spain and lived up to her early promise, and her pedigree, suggesting a nice career at the staying caper was in store.

“It was a grade one ride,” stable foreman Reece Goodwin professed.

“Now that she’s shown us, she can run a mile and possibly further, I think that’s now when she’s going to show her best.”

It was again by the 1600 metre start point that stable tasted success in the final race on the program with the teams newcomer Numero Quatre.

In just her third run for the stable, a big syndicate enjoyed the spoils and in doing so broke a 600 plus day drought for the daughter of Americain.

The stable purchased the mare as a tried horse proposition, joining the likes of Fioroso, Destiny’s Republic and Roddandtodd to find the winners stall since calling Mangalore Park home.

“We’ll just keep poking along and great ownership in this horse, a couple of new people so it was great to get the result,” Reece Goodwin said.

“It’s good to see her let down on firm ground here because we are going to be looking at firm ground at the back end of spring and summer.

“I just want to thank all the staff at home, it’s a great result.”

The double brings a string of placings having registered seven placegetters from the start of the new racing season.