Gibbon gets monkey off the back 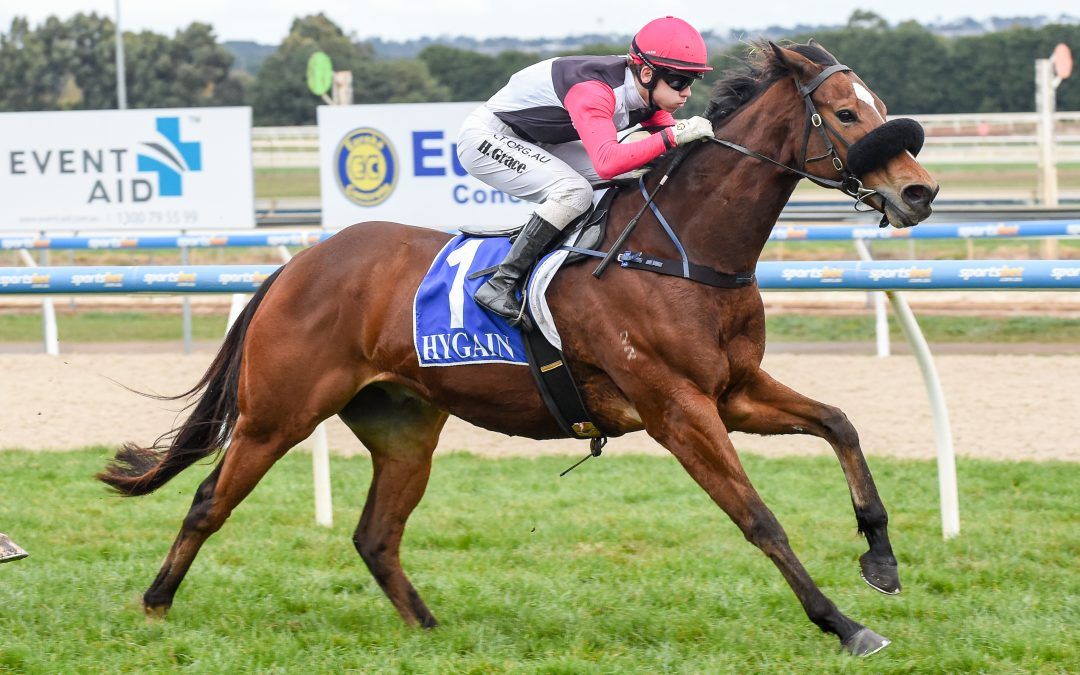 GIBBON certainly has a liking for Ballarat’s 1000 metre Ballarat circuit, where his last two wins have come from, even if it has been 770 days between drinks when he saluted in the Hygain Winners Choice Handicap on Sunday.

The seven-year-old carried 59.5 kilograms to victory aided by the claim of apprentice Harry Grace who has now ridden two winners for the stable in the month of May. Gibbon had only raced in Benchmark 64 company once previously in 2016 where he was also a winner – all six of his career wins coming at 1000 metres.

Purchased in September 2019, Gibbon’s initial campaign included a series of competitive metropolitan runs. Spelled with the hope of finding rain effected ground, Sunday’s victory second-up from a spell was his first on soft ground since joining the stable.

“He was always going to be a winter horse… this time in he’d improved and got into the routine with us and he got the right track conditions today,” explained Reece Goodwin.

Settling in his normal rear wood position from the outside barrier, the son of Bon Hoffa peeled as the widest runner in the home straight, claiming the lead at the 150 metres and holding a 1¼ length margin at the finish.

Gibbon’s victory would have come as a welcome cheer to some punters who specked the galloper from $17 into a $6 starting price.

Gibbon goes back in grade and back into the winners stall. pic.twitter.com/t9lfVjMiTT