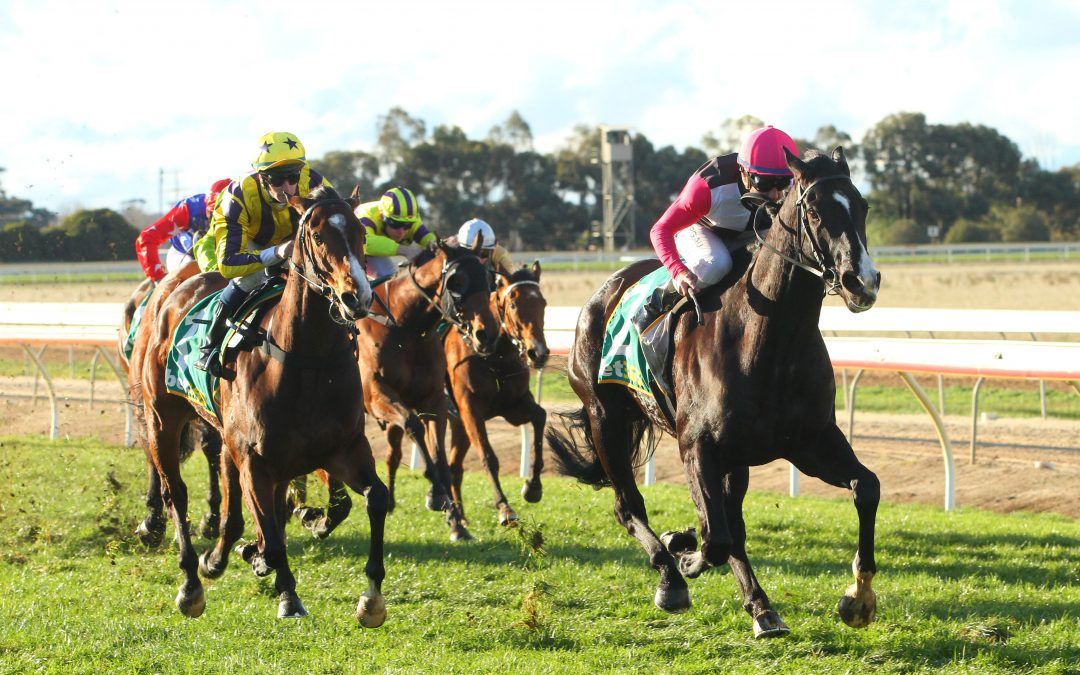 CONNECTIONS of Fioroso have enjoyed a near fairytale start to his career with Goodwin Racing, after the five-year-old made it back-to-back wins at Echuca on Saturday.

In just his third run for the stable, the son of Fiorente has now won two races and finished second in his first outing, more than doubling his purchase price in just two months at Mangalore Park.

Fioroso was again placed to advantage and relished heavy track conditions when rising to 1600 metres. With Rhys McLeod called upon to take the riding duties, despite being caught three-wide throughout, the horse drew away for a comfortable 1¼ length victory.

“We have obviously got the horse in a happy frame of mind and he is really enjoying his racing and seems to like that winning feeling,” stable foreman Reece Goodwin said.

“It’s all about then placing your horses in the right races and Saturday looked to be a very suitable option and so it proved.

“We didn’t pay a lot of money for the horse, he was up and racing straight away and he has provided them a decent profit and a lot of fun all in the space of two months, hopefully the ride continues.”

Fioroso is sure to continue to appreciate the winter weather and has banked his owners over $27,000 in three race starts – more than $17,000 his purchase price in late April.

Goodwin Racing have had notable success with tried horse purchases in the past and are always welcoming to new owners and sourcing the next opportunity.

Back to back wins for FIOROSO! That’s two wins a second in his three runs for the stable 💪🏻
Peach ride from R McLeod. Well done to all his connections 🍻 @EchucaRaceClub pic.twitter.com/GAN2AoLaJw