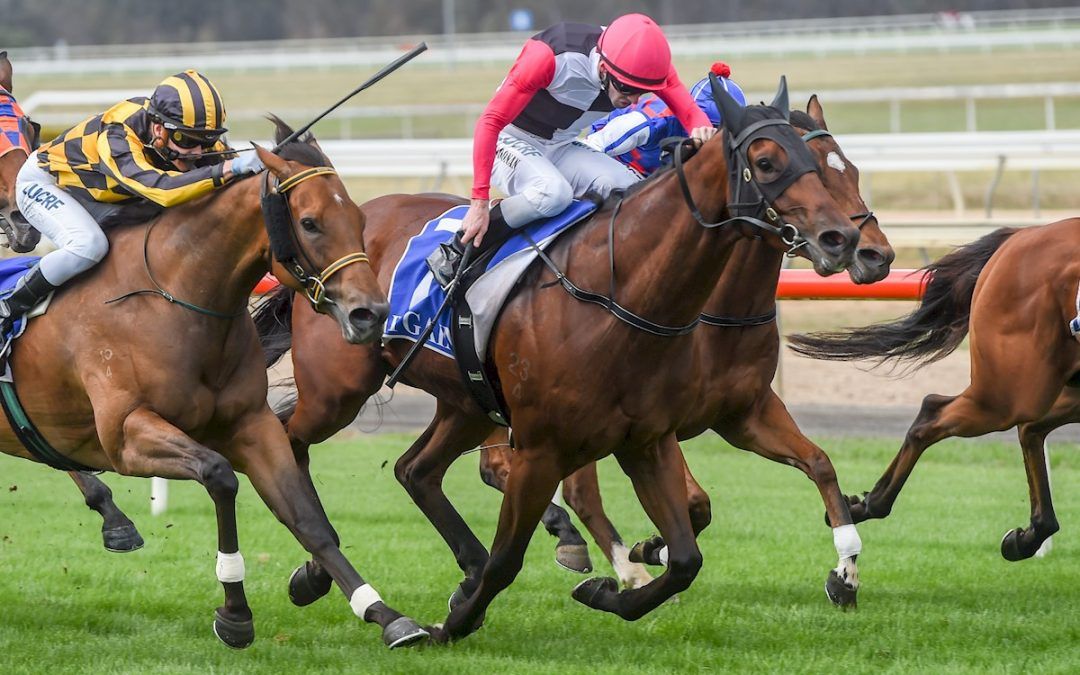 2019 is coming to an end in style for Goodwin Racing but showing no signs of slowing down with two winners in as many days.

Success struck on the Goodwin’s home turf at Seymour on Thursday firstly when Wallace Street lived up to his potential for the most thrilling of victories in the $25,000 Seymour Toyota BM64 Handicap (1100m).

A driving finish saw the $4.20 chance stick his neck out in a three-way photo with Jake Noonan in the saddle who sat at the leaders girth for the entire journey.

“That is huge satisfaction for the owners, we took a gamble buying this horse for a bit of money but we’ve been patient and got the rewards”

“We’re always learning about the horse and we’ve learnt something everything start and just tried a few new tricks with him which seem to have done the job,” foreman Reece Goodwin reported after the win.

The well bred son of Written Tycoon had started favourite when finishing third and seventh in his two previous starts for the stable.

Previously trained by Richard Jolly in South Australia, the four-year-old was purchased with expectations as a debut city winner at Morphettville and five time placegetter from just seven starts.

Two days later and Benalla was the destination for success when Freedoms registered consecutive wins. Only two weeks earlier had the six-year-old saluted at Healesville and was favourite to do the job again.

Aided by a perfect box seat ride from young gun Teodore Nugent, there was little moment of doubt for the son of Not A Single Doubt who showed a sharp turn of foot to put the $15,000 Profile Developments BM58 Handicap (1606m) beyond doubt.

Freedom’s was a $300,000 China Horse Club purchase at the 2014 Inglis Australian Easter Sales and previously in the care of Mick Price. Since joining the Goodwin stable – the half-brother to Doubt I’m Dreaming has won three races and placed on a further two occasions.

Congratulations to all connections of both horses and may it continue into 2019.