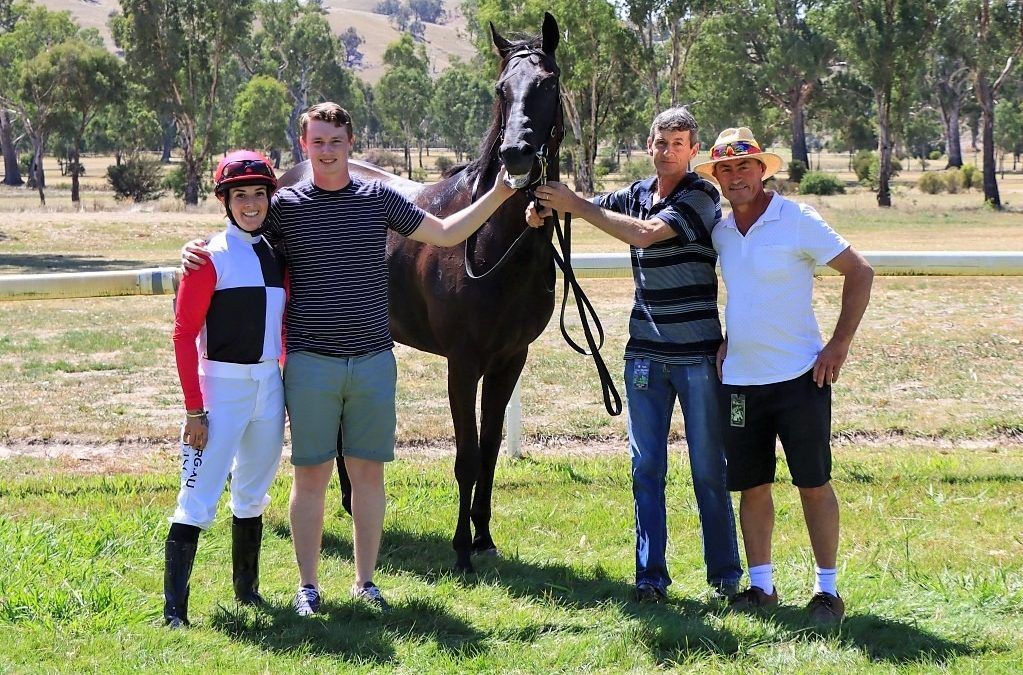 MADDISON Morris and Molly Dook proved they are one of the inform combinations of the picnic season leaving Alexandra on Saturday as winners for the third time since December.

On a six-day backup after finishing third at Yea, the daughter of Ambidexter was pushed out to 1540 metres, her first time beyond 1200 metres since joining the Goodwin’s care, and relished the rise in distance with a comfortable 2¼ length win.

Settling behind a runaway leader, Morris didn’t panic and applied the pressure down the side of the course were victory looked ominous and was eased down in the concluding stages at odds of $2.25.

The four-year-old of is yet to miss a place in seven starts since joining the Goodwin Racing team and is placed second in the Picnic Horse of the Year current standings.

With the picnic season to continue until Easter, Molly Dook will look to carry on her form in the coming weeks in hope of gaining a start in the Picnic Racing Grand Final at Cranbourne on April 24 – a race the stable won last year with Freedoms. Her wins have so far come at Drouin, Yea and Alexandra with placings at Healesville and Woolamai.

Purchased for a mere $4,500 Molly Dook has already won for her connections $7,763 in just three months and are all enjoying revealing in her success.

Posted by PicnicBet.com on Sunday, 1 March 2020