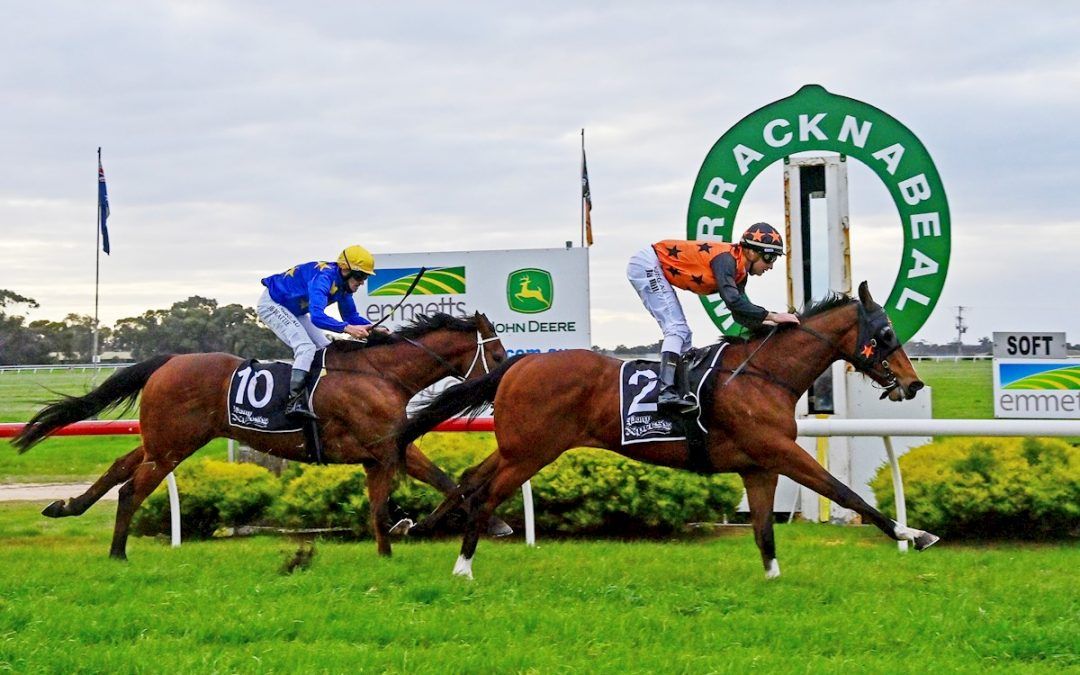 DESTINY’S Republic has made a winning return to Victoria and Mangalore Park after an all-the-way victory at Warracknabeal on Sunday.

Having started his career with Goodwin Racing, the son of Reward for Effort has returned in a purple patch of form notching successive wins, thanks to a bold front-running ride from Jack Hill.

Drawing barrier one over the 1000 metres, the three-year-old dared rivals to run him down leading from barrier-to-box and making the 600-kilometre trip worthwhile.

“The horse returned to us in great order and even though the transferred meeting made for a long roadtrip, we were more than happy to go as we thought the race was a good opportunity to get a return for our owners,” stable foreman Reece Goodwin said.

“With his early speed and like for soft tracks, hopefully his winning streak can continue.”

The win was also the second for Jack Hill riding for the stable in recent months.

The teams last 30 runners have resulted in six winners and five placegetters.

Destiny’s Republic leads all the way for an easy win at Warracknabeal & makes it two wins on the bounce. Credit to the Todd Blowes team who sent him to us very recently in super order. Peach ride from @jack_hill25 also! pic.twitter.com/ZFhYamL6ur