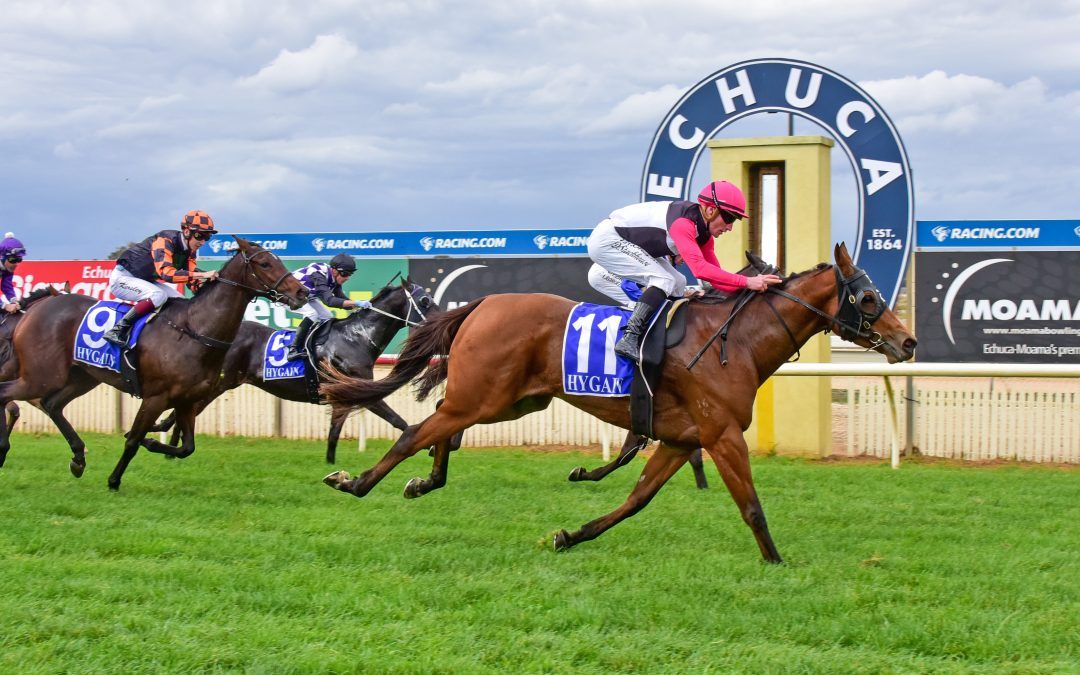 THE combination of Daniel Stackhouse riding at Echuca for the stable is becoming a successful formula after Zoumaze broke out of maiden grade on Monday.

Stackhouse partnered Entitled Princess to win at the previous meeting at Echuca and this time it was another patient ride that was rewarded.

First-up from a spell, the daughter of Zoustar bided her time and was able to circle the field to register her first career win, at her fifth run for the stable.

Having gone close to breaking her maiden in her initial campaign from Mangalore Park, Zoumaze looked to return in great heart late last year but has had to overcome some obstacles since then.

“She come to us in really good nick, she had a few runs for us on the synthetic and ran really well,” stable foreman Reece Goodwin explained.

“She unfortunately got very crook, she had to go down to the Bendigo Veterinary Clinic and have time off, so a big thanks to them they got her through that.”

Given time to recover, two trials this campaign was evident that the mare had returned in great heart and saw her specked into $9.

“We couldn’t have been happier with how she come up this prep, a few nice trials and despite the price we were coming here quietly confident,” Goodwin explained.

“There are a lot of people to thank but we’re very pleased to get a winner for Wayne Adams and his partner Ivanka, they have been in her since the start when they brought her as a yearling.”

The victory of Zoumaze came just three days after stablemate Roddandtodd was beaten in a photo finish at Wodonga, making for a strong start to the month of May.

Nice first up win from ZOUMAZE @EchucaRaceClub. Well deserved win for the mare & her loyal ownership that have been in her since she was brought as a yearling! Well ridden by @stacki25 🍑 pic.twitter.com/mp7A0Z7LRe