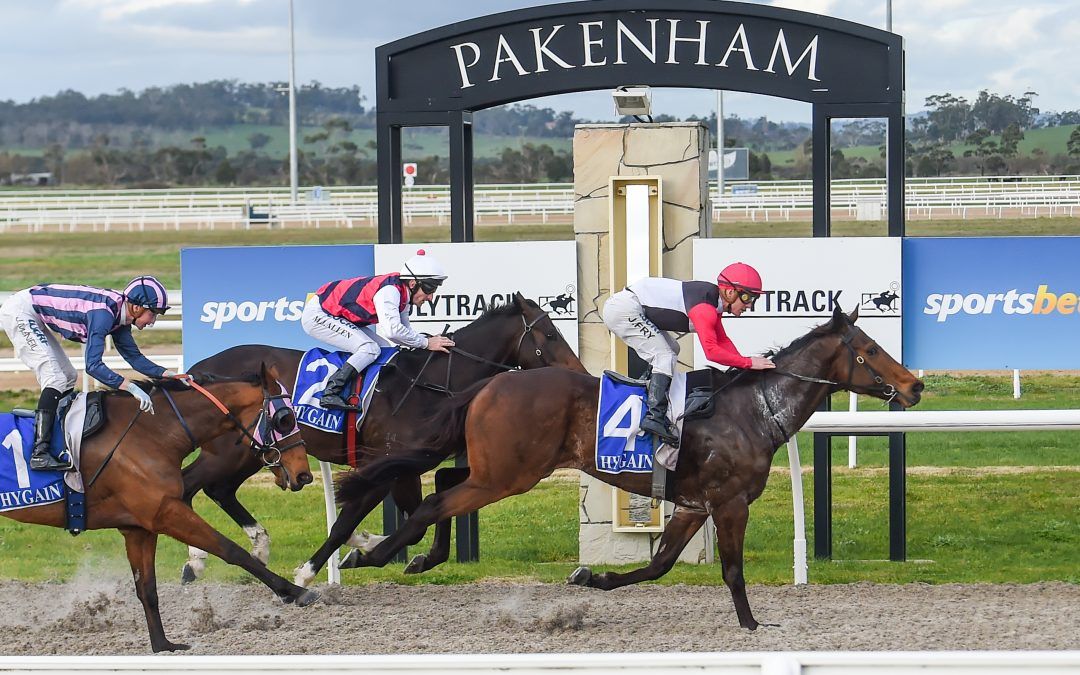 SUCCESS on  Victoria’s synthetic surfaces seems to be following the Mangalore Park team recently, this time all the way to Pakenham after Military Striker made it a second win in three runs this campaign, on this occasion when stretching out to 1400 metres.

Having returned a winner with a 3½ length triumph fresh less than a month ago, a solid second to the unbeaten Ian followed, which saw the lightly raced six-year-old jump a $3.70 chance for the stables successful rider in recent weeks in Jarrod Fry.

Landing the ‘one-one’ position from Barrier 2, the son of Strategic Maneuver handled his nine rivals with ease making it two wins from five starts for the stable.

Military Striker joined the stable early in 2019 after being purchased astutely online as Foreman Reece Goodwin explained to racing.com

The victory made it four wins in the space of the month – all with Jarrod Fry and on synthetic surfaces. Those victories have been split by a pair of wins from not only Military Striker but the promising Mister Hay Zee.

And while the synthetic surfaces seem to be agreeing with Military Stryker, it was a second placing on heavy ground on the Sunshine Coast in December which promoted the stable to purchase the gelding.

“We might still have an extra gear up our sleeves on the wet,” explained Goodwin.

In his five runs since joining the stable, he is yet to finish out of the placings and has raced on either synthetic or good rated surfaces.

A horse that did see rain effected ground was El Sicario two days later at Sandown when finishing fourth. The three-time city winner was recently purchased by the stable and pleased in his return and will benefit from his first race outing in four months.

Monday’s win provided the team with their second winner for the season in just the first two weeks.