Totality is the whole package 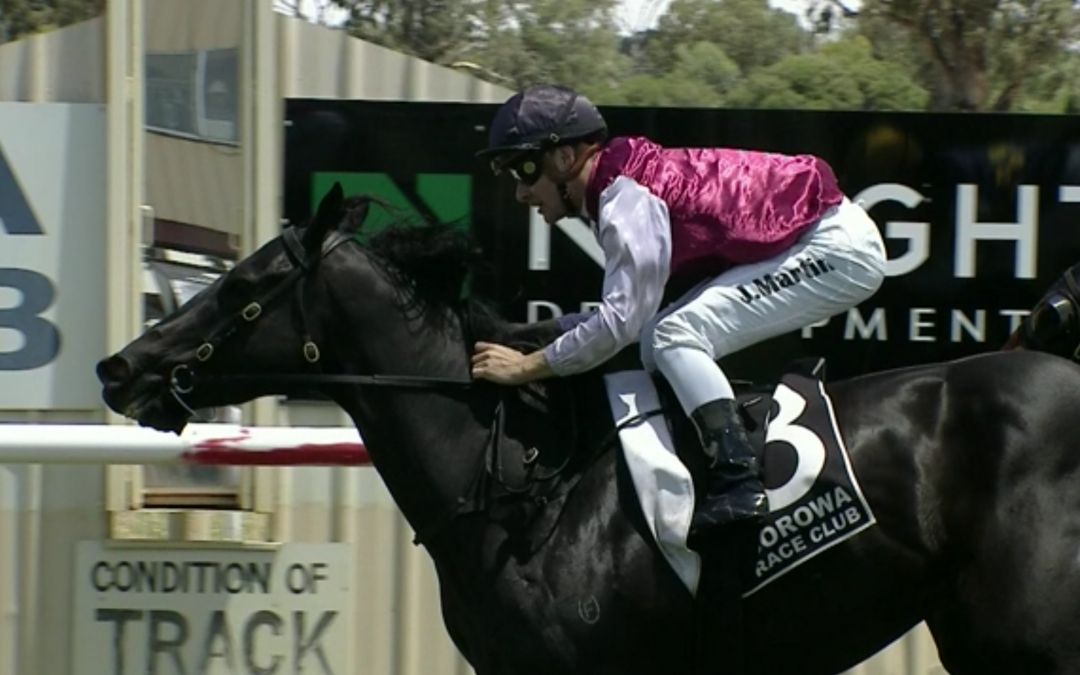 TOTALITY joined the list of first-up winners since joining the Goodwin Racing team when the son of Skilled broke out of maiden grade at Corowa on Saturday.

Unplaced in his previous six starts, the four-year-old has spent the best part of two months with the stable and was freshened up for the 900-metre short course. Having never raced below 1100 metres, the striking black gelding held a spot behind the leader from the inside barrier under Jack Martin and only needed to go around one horse in the straight, Tantilizer, who he eventually beat by ¾ length.

Totality drifted to start a $5 chance and was the first of three winners on the day for Jack Martin.

The placement of Totality showcased the ability for horses from Mangalore Park to race over the New South Wales border, which since COVID-19 restrictions have eased the stable has done twice for Saturday’s victory and a recent second placing at Albury.

Totality carried the burgundy and grey silks of owner Linden Hearn who purchased the gelding as a yearling from the 2018 VOBIS Gold Yearling Sales from the draft of Fulmen Park. The gelding hails from a five-time Statue of Liberty winning mare – Saturday’s win was the first victory for her progeny.

The stables last two winners have both been a result of gallopers being first-up in the care of the Goodwin Racing stable, while Roddandtodd recently finished second under the same circumstances.

Goodwin Racing will also be active at the upcoming Gold Coast Magic Millions Sales and those interested in acquiring an affordable early runner are encouraged to register their interest.

Congratulations to the winning connections of Totality: Linden Hearn

At his first run for the stable TOTALITY wins at Corowa. Terrific result for his owner Linden Hearn. 🍑 steer by @jackymarts 👏🏻 pic.twitter.com/5SjOph0xIL