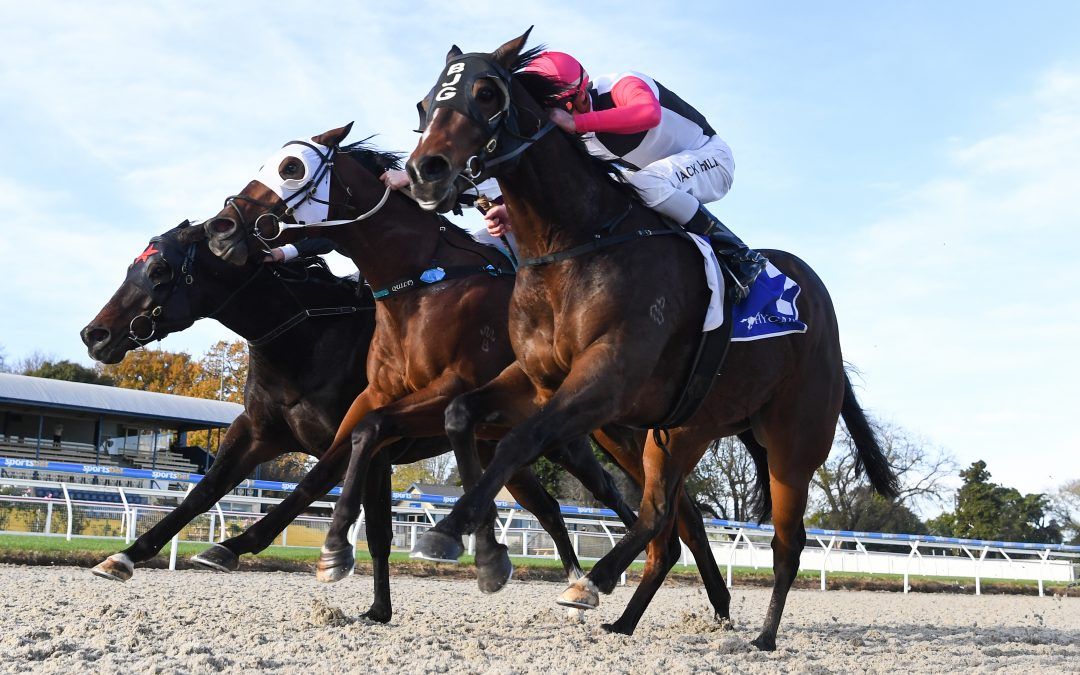 A racing preparation that began in December continues to reap rewards for connections of Roddandtodd, who was back in the winners stall at Ballarat on Monday.

Beaten in a photo finish in his most recent outing at Wodonga 18 days earlier, the bob went the six-year-olds way this time after a determined effort saw the son of Charge Forward shoulder into the clear under Jack Hill.

Roddandtodd has had ten starts since being based at Mangalore Park, winning on two occasions and placing in a further four starts, well and truly repaying his owners having banked close to $40,000 in stakes earnings.

“He has given the owners a great deal of fun, they didn’t pay a lot of money for him and thanks to our facilities we’ve been able to keep him fresh and enjoying his racing,” stable foreman Reece Goodwin said.

“The horse has a good record on the synthetic surfaces so there’s no reason he can’t keep going and have a successful winter preparation.”

The victory was the third Jack Hill has had for the stable and the stables seventh on a synthetic surface – a track the stables horses seem to excel at and are hopeful can continue to deliver more winners this winter.

The stable has saddled up three winners from their past ten runners.

RODDANDTODD registers his second win since joining the stable. 10/10 steer from @jack_hill25. Congratulations to all involved in ‘Ned’. We’ve had some great fun so far & may it continue 🥳 pic.twitter.com/0Dj8osOBh5