Reggae, Roc’s their socks off 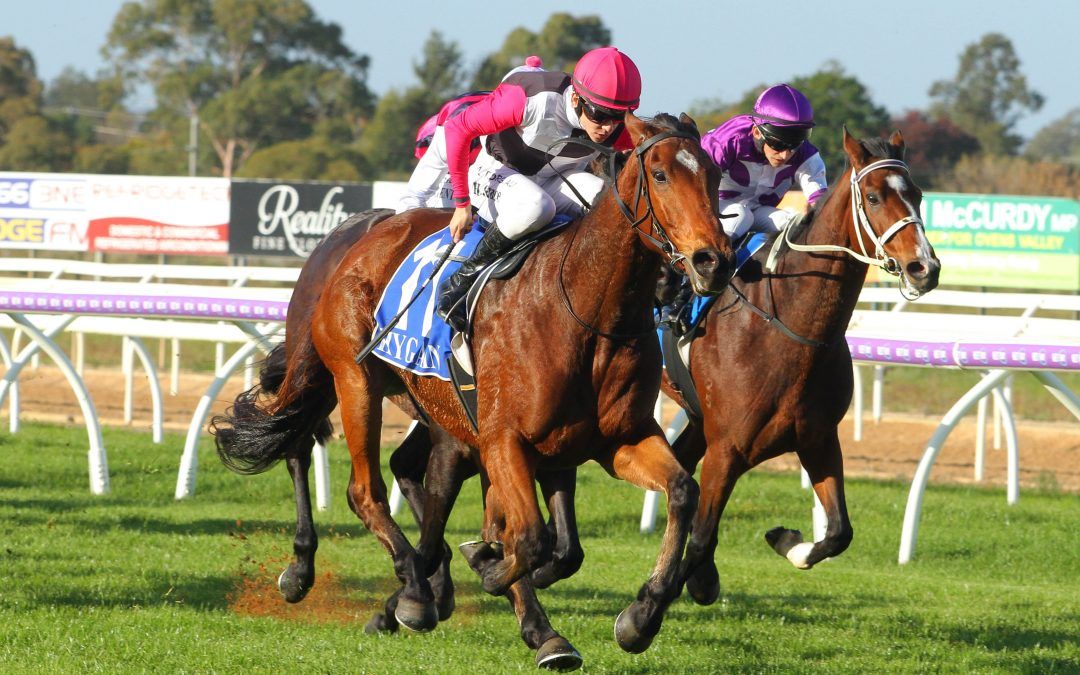 HOMEBRED galloper Reggae Roc proved the Soft 5 conditions were damp enough for his liking at Wangaratta on Friday when the son of Rock ‘N’ Pop stormed down the outside to register the third win of his career.

A late pick-up ride for Harry Grace, the victory renewed the apprentices association with the five-year-old who he rode first-up at Corwoa in early March. A well planned preparation which began over 900 metres built up to 1590 metres on Friday and has scope to extend beyond as a previous winner over 1720 metres.

“He’s ultra-consistent and the owners deserved another win as he didn’t get much luck last start and has been racing well,” Reece Goodwin explained.

Reggae Roc tracked up midfield, three-wide with cover, letting down well in the straight to comfortably hold his rivals by one length. The horse is owned by New Zealand interests where his stallion currently stands at Waikato Stud.

His winning form may be coming at the right time with the winter months ahead.

Another horse at big odds picks up a win at Wangaratta. This time it’s Reggae Roc and Harry Grace who salute. pic.twitter.com/kDPkdrJRFz