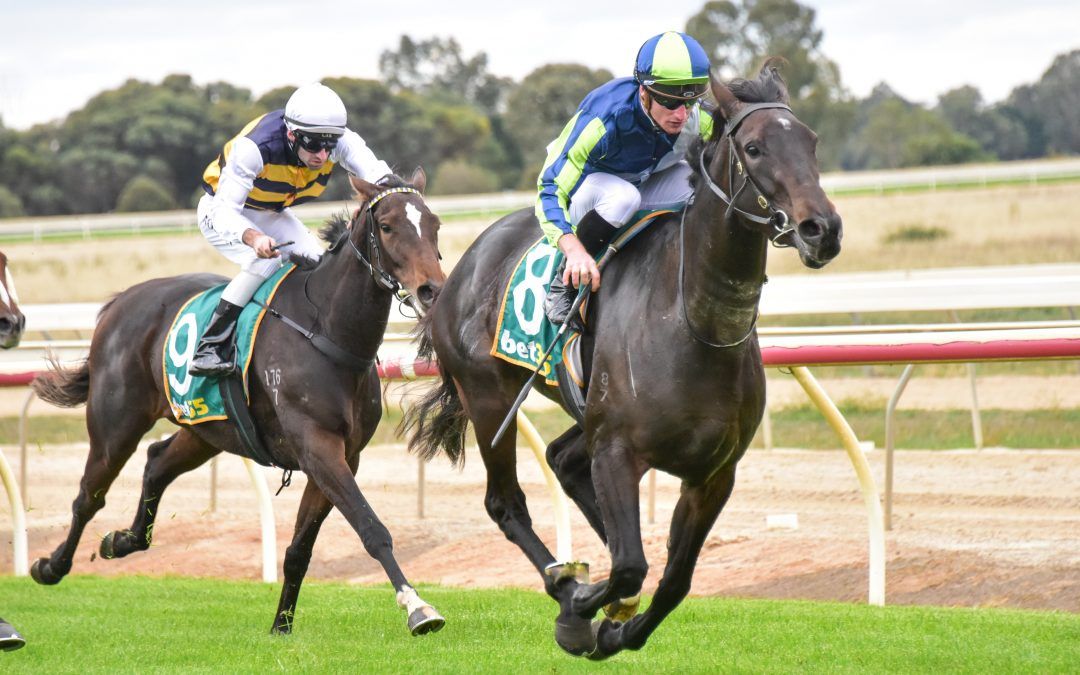 TAVISTOCK filly Entitled Princess appears to be one for worth adding to the blackbook after breaking her maiden in impressive style at Echuca on Monday.

At her fourth start and first attempt at 1600 metres, the three-year-old went back to last from the outside gate but sustained a long run to comprehensively account for her nine rivals under Daniel Stackhouse.

Purchased and part-owned by Mangalore Park Racing out of New Zealand, where she also remained to undergo her pre-training, the filly hails from a Redoute’s Choice mare who is a half-sister to stakes winner Pravana.

Entitled Princess carries the silks of her other part-owners Seymour Bloodstock.

Entitled Princess has impressed in her first campaign of racing and as a result was sent out $2.25 favourite for Monday’s assignment.

“I thought it was a good win because I got going at the 800 metres to stoke her up and put her into the race and she hit a flat spot on the corner but I like the way when she got balanced she went through her gears strongly.”

Keen to enhance her strong pedigree with black-type, Entitled Princess was balloted out from last Saturday’s Group 3 Auraria Stakes.

“She could possibly head to the Adelaide Oaks, obviously that’s the deep end but she’s only a three-year-old once and she is going to relish 2000 metres,” foreman Reece Goodwin revealed.

The victory was well deserved after 16 of the stables last 25 runners had finished inside the top four placings.