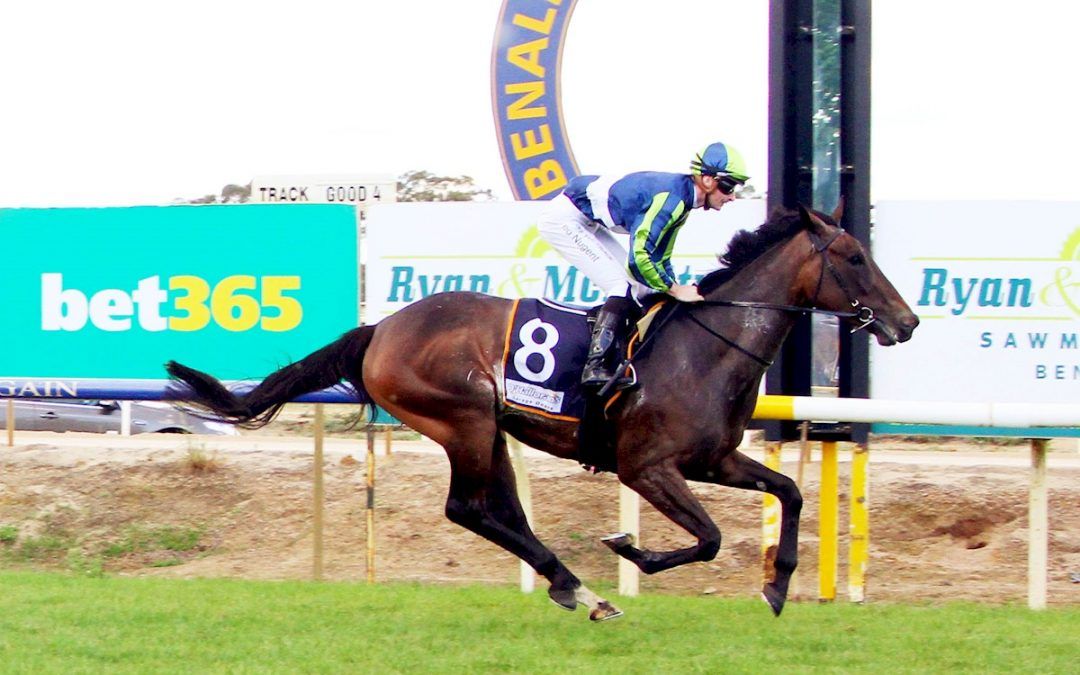 ENTITLED Princess has earmarked herself as a stayer on the rise after the daughter of Tavistock put in a dominant performance to claim Sunday’s Euroa Cup at Benalla.

Third-up from a spell and rising to 2000 metres, an in form Teodore Nugent guided the mare to perfection who relished the rise in distance and scored comfortably by 3.5 lengths over 2000 metres.

The victory was the second of her eight start career and was a good sign for the four-year-old who put to the sword older and more experienced rivals.

“It was great to see her rise through the ranks as she’s always a horse when she gets out in distance we thought would excel,” stable foreman Reece Goodwin said.

“Her lead up runs had been great and hopefully now she’s out to the staying distances she can continue to progress and win a handy race for her connections.”

Entitled Princess boasts an impressive pedigree being by Tavistock while her dam is by Redoute’s Choice and related to Samnatha Miss.

The win made it two wins in the space of four days for the stable after Regal Rave saluted at Wangaratta on Thursday.