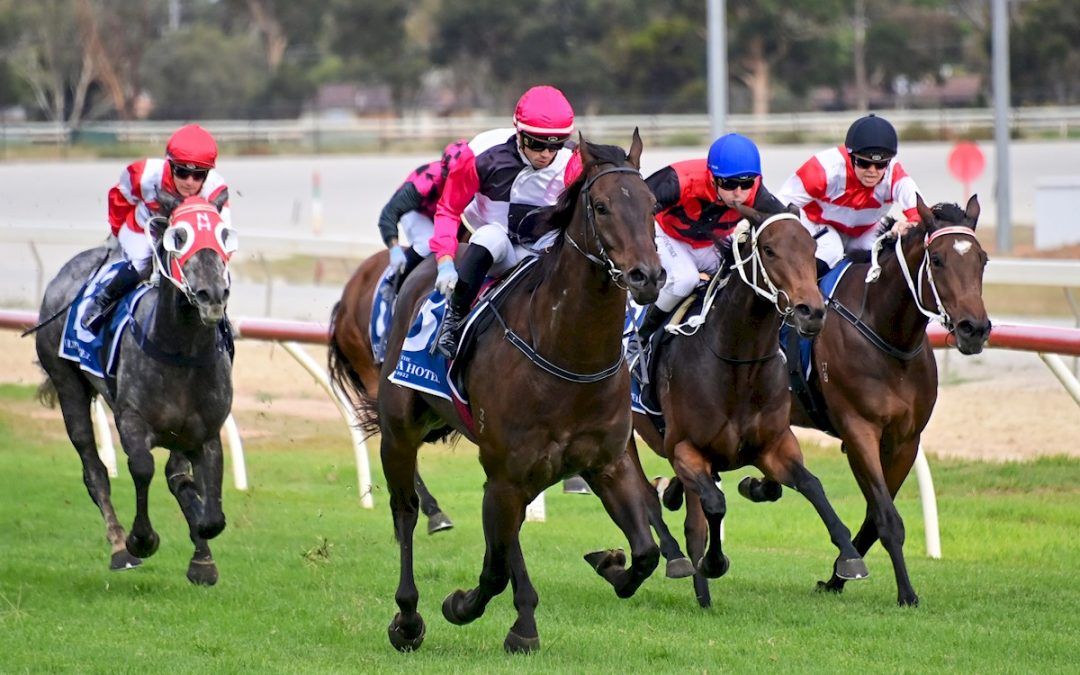 MONSOON Reins proved too classy for his rivals when the son of Wandjina broke his maiden at Swan Hill on Monday.

Jumping a well supported $2.50 favourite with Lachlan King in the saddle, the lightly raced four-year-old settled back over the 975 metres but rounded rivals up with easy to score by 1.25 lengths.

Monsoon Reins has promised to break his maiden having registered two second placings in his career for owners Pam and Peter Wallace.

“We were hoping there was a bit of pace on and get a nice sit behind them as he has been getting caught wide and drawing wide,” trainer Barry Goodwin said after the race.

“A really big thank you to Pam and Peter the owners who have bred him, they will be really thrilled.”

Lachlan King also predicted a bright future for the gelding who hails from the city winner Encryption.

“The penny hasn’t dropped with him but when he lets go, he feels like a horse that can gallop

“One day he could get to a midweek and be competitive.”

Congratulations to the winning connections of Monsoon Reins.