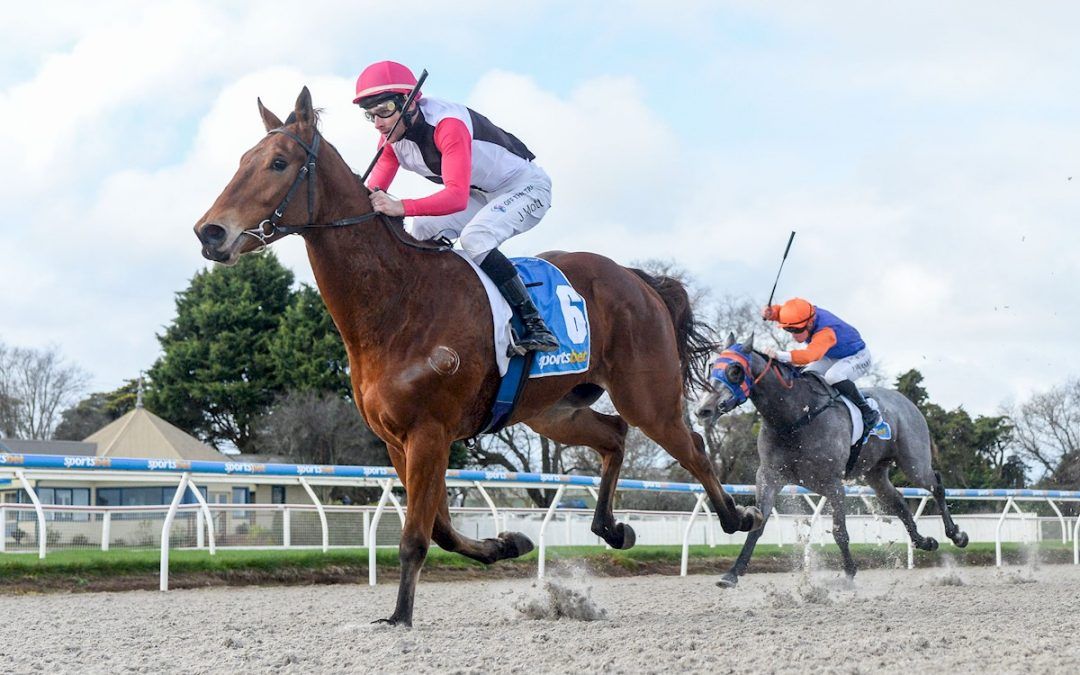 MANGALORE Park hombred Reward Tha Master has made a winning debut at Ballarat on Friday.

The son of Reward for Effort is the first foal from Von Maestro and ran away for a one-length debut win under Jamie Mott.

Caught wide over 1000 metres, the gelding built into a nice turn of foot to salute at odds of $18.

“The horse has always shown us a bit,” trainer Barry Goodwin said.

“It’s been a long process with him he’s nearly four.

“He’s just been a slow maturing horse mentally and physically but we thought we got him where he was ready to go to the races.

“There is plenty of improvement in him but he did the right thing today.”

Von Maestro has two fillies by Inference and one by Gold Standard on the ground.

Reward Tha Master takes out R2 at a big price! 💰

Remi Tremsal walked away from a fall in the home straight. pic.twitter.com/HxsDbBCagF