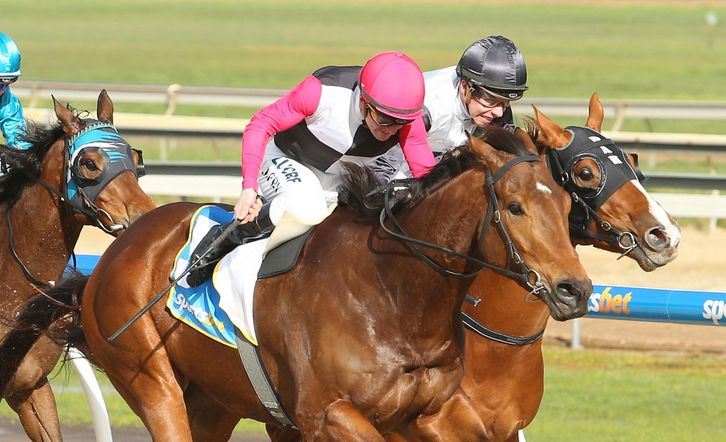 THERE aren’t many meetings in recent weeks the Mangalore Park team have walked away from Ballarat without a winner and the trend continued last Friday when Mister Hay Zee registered back-to-back wins.

The constant of the successes has been that of the services of Jarrod Fry, who again from Barrier 3, utilised the son of Toorak Toff’s speed to sit outside the leader and overhaul the race leader from the Lindsay Park team, El Phoenix.

Sent out a $6 chance, Mister Hay Zee had saluted at the same course 18 days earlier over 1200 metres but appeared to relish the rise of 200 metres in distance.

“It won its maiden really well under a hold with a leg in the air and I was confident it would run right up to even though it was up in grade,” Jarrod Fry reported post-race after riding his third success for the stable in recent weeks.

Stable foreman Reece Goodwin explained the difficulty of winning a Benchmark 64 event in the subsequent start from winning a maiden race and predicted a bright future.

“We’ve always liked him and he’s been a real slow maturer and has just turned five with a handful of starts. He’s a homebred and the owners have had to show patience but it’s great to see it come together”

“The best thing we’ve got with him as he’ll improve next preparation with behaviour and what not so I think we’ve got a few more wins up our sleeve.” Goodwin told the press following the victory.

The triumph was also the first of the 2019/20 racing season for the stable who are coming off a stellar season with 18 winners and just under a 16% strike-rate.

Mister Hay Zee does the maiden to BM 64 jump today @BallTurfClub Congratulations to his patient owners once again & another 🍑 ride from J.Fry 👌🏻 pic.twitter.com/hPE1GT32XC