Gibbon shoots the lights out at Cranbourne Cup Carnival 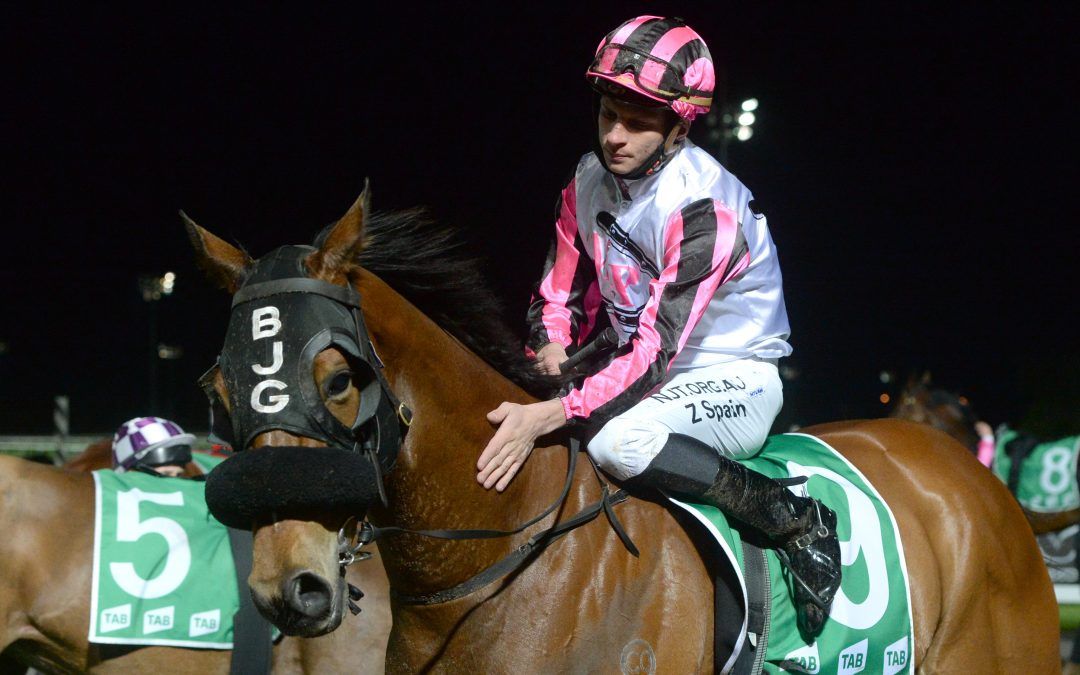 EIGHT-year-old Gibbon turned back the clock on the opening night of the TAB Cranbourne Cup Carnival on Friday returning to his former home-course to score convincingly in the $35,000 Browns Sawdust & Shavings BM70 Handicap (1000m).

The son of Bon Hoffa showed there is still life in the veterans legs yet adding a seventh victory to his CV and the first in the new Mangalore Park racing silks. It was also a welcomed birthday president for Mangalore Park’s resident trainer Barry Goodwin.

A fifth win on rain affected ground and all of them over the 1000 metre short-course, at odds of $16 Gibbon settled second-last and swung widest in the straight under Zac Spain for a 1¾ length victory in Benchmark 70 company.

“I thought he was super… all I had to do was lay on his neck and keep him happy and when I pulled him out at the 600 metres he improved nicely,” Spain reported after the event.

Having started on his former hometrack on six occasions, it was his first victory on the tight turning Cranbourne circuit having also been beaten in a photo finish at the track almost four years to the day. The victory was a welcomed reward for Zac Spain who had ridden three horses and a set of jumpouts for the stable in the last week including a nice debut run from Showcasing filly Red Arabesque at Echuca on Monday.

Gibbon has now earned just shy of $50,000 since joining the Mangalore Park team 12 months ago.

Gibbon back to his old stomping ground delivers at a nice price for the punters. @CranTurfClub pic.twitter.com/8noCDeNn5o