Freedoms in a league of his own in Picnic Grand Final 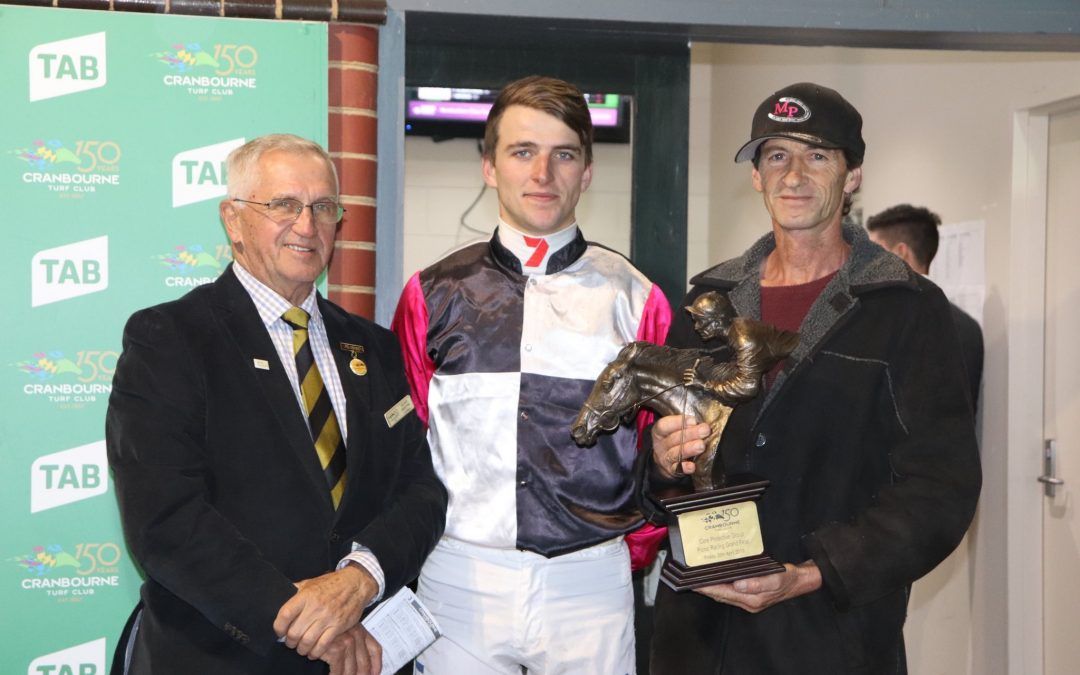 FOR the second time in recent years, the Goodwin Racing stable have combined to win the Picnic Racing Grand Final at Cranbourne when Freedoms took out the circuits feature on Friday night.

The stable went close to a quinella in the race when Reece Goodwin partnered La Rita into a narrow third placing, but was out done by the performance of the stablemate Freedoms who notched his sixth career win and took his career earnings to $93,390.

Ridden by Toby Lake, the son of Not A Single Doubt settled just off the speed from Barrier 3 and came away for a comfortable win in the $25,000 feature. The race was restricted to horses who had competed at the picnic circuit twice last season, where Freedoms won at Healesville in December.

The win was a satisfying one given the horse had finished second at his past two outings in photo finishes. The stable collectively had also been familiar with the runner-up stall with seven placings from the stables past 10 runners.

“The horse has had 15 runs this preparation so it was certainly a long range plan but we’ve had to be very careful but we’ve got him here to get the money which is very pleasing,” trainer Barry Goodwin explained post-race.

Purchased for $14,000 after fetching $300,000 as a yearling, Freedoms is the full-brother to the ill-fated Doubt I’m Dreaming and since joining the Goodwin Racing stable notched four wins and a further five second placings.

Barry Goodwin won the Picnic Grand Final in 2017 when Smash The Gong won the event under Reece Goodwin who is likely to hang up the riding boots next season.

While Dangerpet also continued his good form for the stable the following day finishing fourth, it was also pleasing to see Mr Quickie win the $250,000 VOBIS Gold Heath at Caulfield – his eighth win in 11 starts and coming from near last. Goodwin Racing and Mangalore Park are pleased to offer a Nostradamus colt from the Karaka Sales for shares.

The 2018/19 Picnic Grand Final at @CranTurfClub 26th April 2019 won by Freedoms trained by Barry Goodwin and ridden by @tobylake_1. pic.twitter.com/gD7ALiYVO0