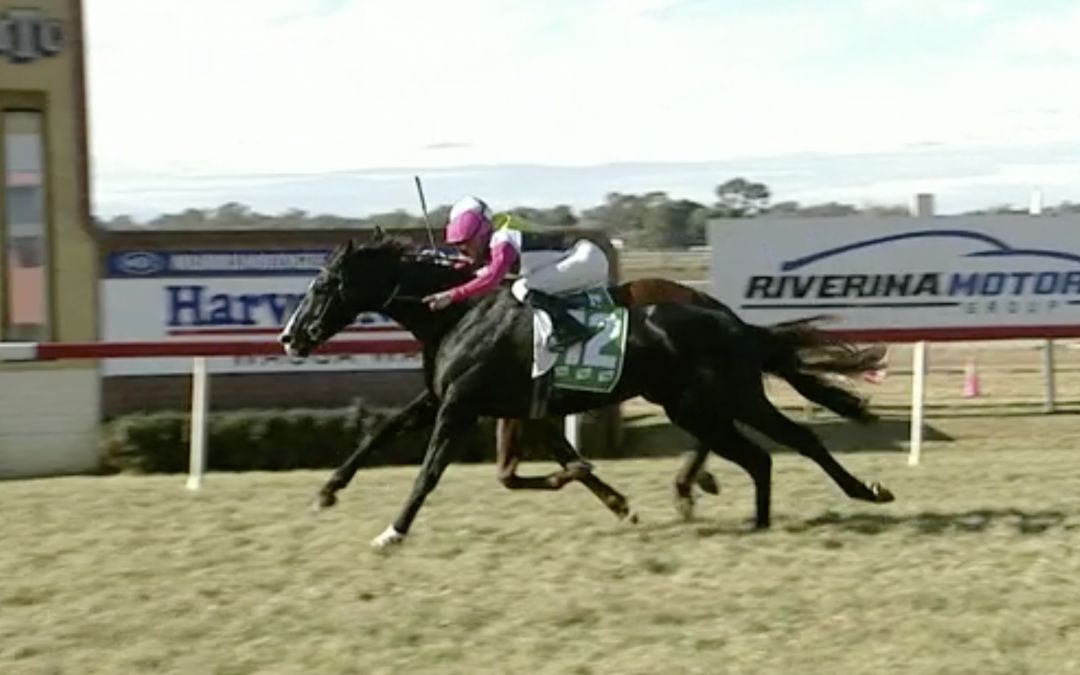 A trip over the border to Wagga on Friday was made worthwhile when stable newcomer Fioroso broke his maiden at just his second start for the Goodwin Racing team.

Purchased only two months ago and syndicated cheaply amongst a group of many first-time owners to the stable, connections didn’t have to wait long for their son of Fiorente to hit the scoreboard with a determined victory.

Ridden by Blaike McDougall, Fioroso defeated Bonvalante in the final bounds with a 6.5 length gap to third.

A 15-start maiden before joining the team, Fioroso’s win followed up an encouraging second at Ballarat fortnight earlier in his stable debut. In his two starts Fioroso has managed to win over $15,000 for his connections.

“It is always nice to get a win and a return nice and early with these horses, we pin pointed that race and were happy to make the long trip and get a win for our owners,” stable foreman Reece Goodwin said.

“He has settled into our routine really nicely and is happy and sound so I’m sure the win won’t be his last.”

Options look aplenty for the five-year-old this campaign who has shown a liking for heavy ground but also proved abatable on synthetic surfaces.

The stable has saddle up three winners in the last month, each of them tried horses who have been rejuvenated at Mangalore Park.

FIOROSO gets up in the last hop to win @mtcwagga at only his second start for the stable! well timed ride from @BlaikeMc. Absolutely thrilled for some fantastic connections in this horse! Well done team. pic.twitter.com/GjFIFv4UY1