Borondino gets off to a Dream start 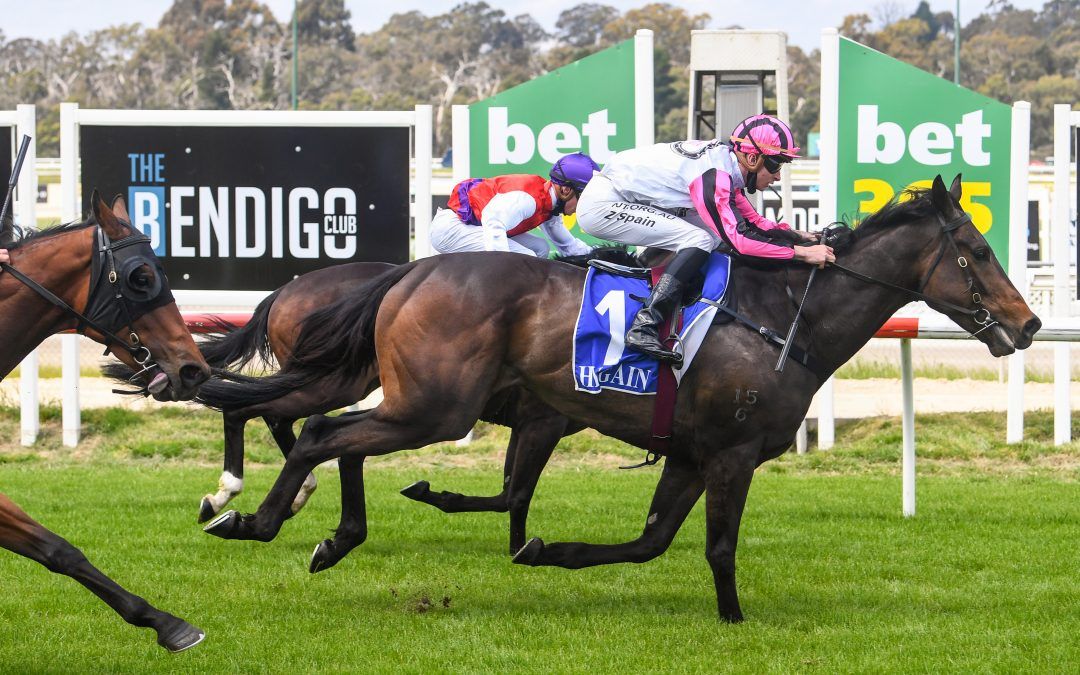 STABLE newcomer Borondino Dream was able to make the best possible start to his racing career at Mangalore Park scoring at his stable debut at Kilmore on Friday.

The victory also provided Zac Spain with his second winner for the stable in the month of October, courtesy of a box seat ride which saw the four-year-old son of So You Think stave off the challenges for a half-length victory over 1200 metres.

Having previously been unplaced in nine of his outings, Borondino Dream had not raced since June where he was stretched out to 2100 metres.

“Zac Spain had been down to trial him and he’d been going well so we both came in with some confidence he could run a cheeky race first-up,” Reece Goodwin explained.

Borondino Dream had jumped-out at Seymour and Kilmore in preparation for the event winning his most recent trial.

“I thought he went terrific… he pricked his ears and had a think about it but had plenty to give and I think he’s in for a nice preparation,” Zac Spain told connections, some of which have been involved since she was purchased at the Weanling Sales in 2017.

The win was a good advertisement for the stable success with tried horses which was expanded last week by purchasing city winning sprinter Roddandtodd.

In his first outing for a new stable, Borondino Dream gets his maiden win for Barry Goodwin at Kilmore. pic.twitter.com/3xKvN4IMAt