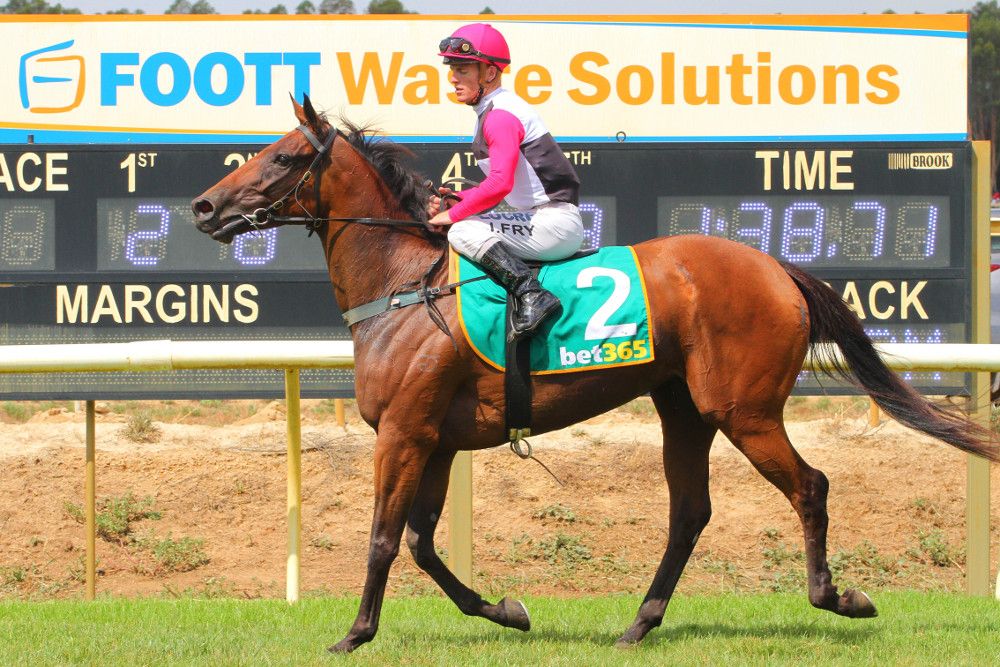 THE winning run of Mangalore Park’s Barry and Reece Goodwin continued at Benalla on Thursday when Albert’s Lass made it eight winners from the pairs last 19 runners.

A strong finish to 2018 and a surge of winners into the New Year has Goodwin Racing as one of the most in-form stables in Victoria, helped by the recent addition of a five-year-old Magic Albert mare who made it back-to-back wins.

Albert’s Lass was ridden to script by Jarrod Fry in the box seat position in the $22,000 Benalla Timber Products F&M Handicap (1606m) for a comfortable half-length victory with the impost of 60 kilogram top weight.

“She’s been in pretty good form since we got her, we’ve kept her runs nice and spaced, she can be a little bit hot at times and hard to handle but she’s doing a great job,” foreman Reece Goodwin said post-race.

Purchased for a mere $4,000 with the intention to race at the Victorian Picnic Circuit for a picnic enthusiasts, Albert’s Lass is yet to miss a place in her four career starts. 26 days earlier the mare won by 12 lengths under Reece Goodwin at the Healesville picnics after her Moonee Valley placing prior to Christmas. In just four starts for her new connections, Albert’s Lass has amassed $18,186 making her a shrewd purchased.

While a lucrative winter campaign looks on the horizon, the immediate aim will be the $35,000 Victorian Picnic 18/19 Grand Final on 26 April at Cranbourne.