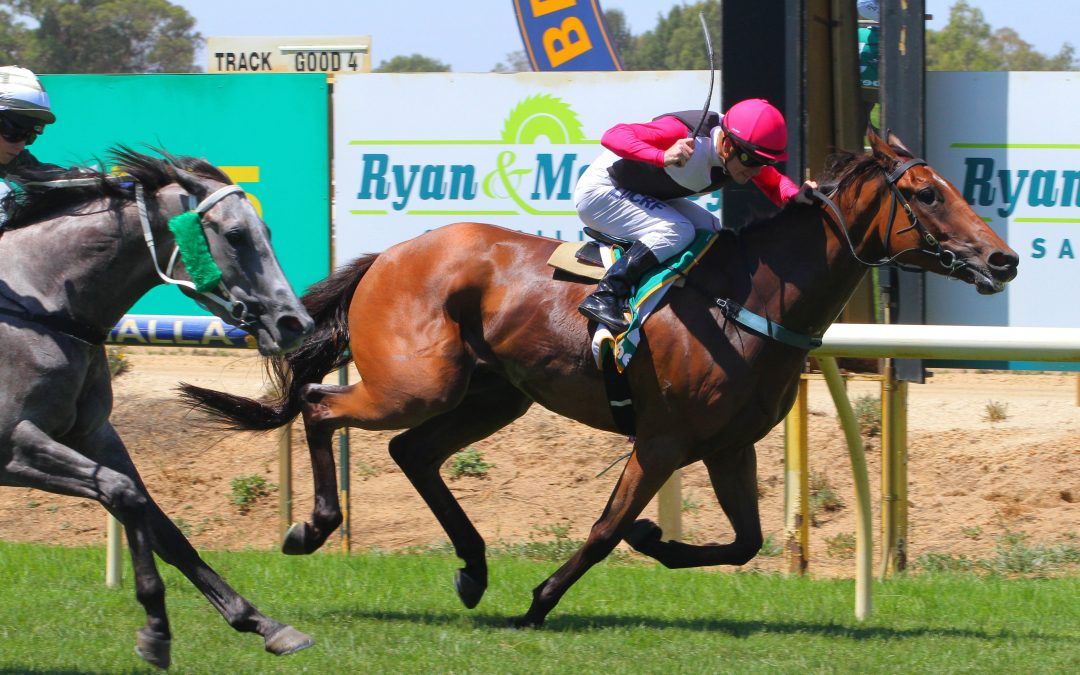 MANGALORE Park homebred Reggae Roc provided connections with a big thrill when the son of Rock ‘N’ Pop broke out of maiden grade at Benalla on Sunday in the $23,000 Landmark Benalla Maiden Plate (1406m).

The gelding was fourth-up from a spell after spending 12 months on the sidelines, scoring with thanks to a well contained on speed rude from Jarrod Fry. Hitting the lead at the top of the straight, Reggae Roc kicked clear and held off the late challenge of odds-on favourite Life In Manhattan.

The four-year-old was sent out a $5.50 chance with recent runs including a fourth placing at Sandown.

Reggae Roc hails from the unraced Green Purfume mare Grasse who hails from New Zealand. Subsequent progeny include a filly by Helmet and Reward for Effort. She is again in foal to the Caulfield Guineas winner.

The success of Reggae Roc is part of a long term breeding strategy and emphasis the versatility of the Mangalore Park property to also rare young horses.

Reggae Rac salutes at Benalla today, breaking his maiden at start 6. Home bred at Mangalore park, well done to all his owners! Brings up the stables 7th winner from our last 15 runners 🔥 🔥 pic.twitter.com/AHcu8eJ5iJ